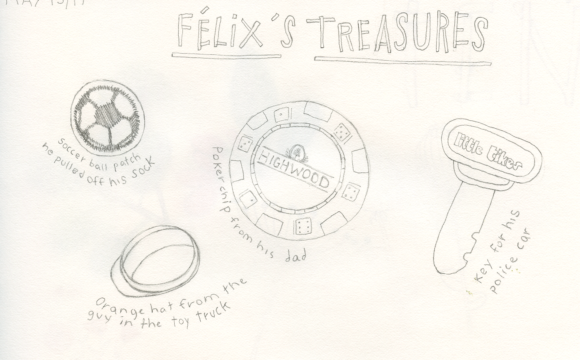 My baby boy is turning 3 later this week.

For the longest time, he would cary little objects around with him, and inevitably get upset when he lost them. Because they were so small, they were pretty hard to keep track of, but I would eventually find them somewhere in our house. Things like the little hat he discovered could be taken off the guy in his toy truck, or the key for his Little Tikes car, or the tiny soccer ball patch he pulled off one of his socks.

I decided to draw some of them to have a record of those little items that were so precious to him. Good thing too - that little orange hat has been missing for over a month. 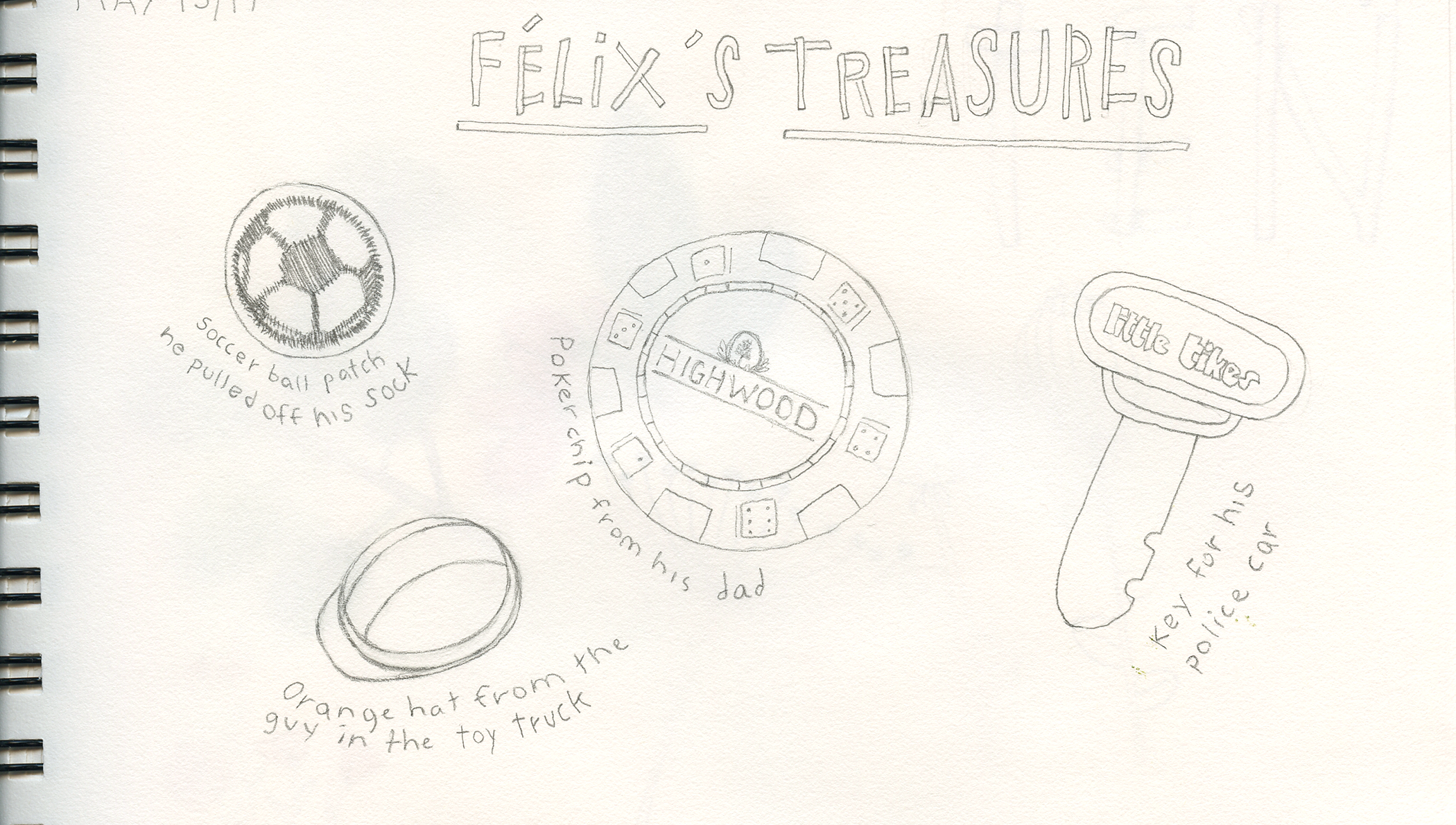 He has more little items that I'll be adding to this page at a later time.