These Are the Bearded Men I Know - Jordan

These Are the Bearded Men I Know – Jordan

By admin These Are the Bearded Men I Know lettering, portrait, sketchbook 0 Comments

I love beards, and I especially love drawing characters with beards. As such, I’ve decided to start a series of portraits of men I know who have beards and I’m going to call it ‘These Are The Beaded Men I Know.’ Does anyone get the reference (other than Jason Mathis)? Not that it really matters as it’s just for my own amusement 😉

I’m looking at it as an opportunity to draw something I enjoy while experimenting with line work and media, and practicing getting a likeness. The only thing these drawings will have in common is that the men will all be people I know and will all have beards. Otherwise, some will be sketchy, some more finished, and they will involve different media. I don’t want to limit myself at all.

So, if I know you and you have some sort of facial hair, there’s a good chance that you will eventually see a weird, unflattering portrait of yourself.

I’m kicking it off with my friend Jordan. He dyes his beard every year to raise money for a different charity and I’ve been thinking he’d be fun to draw for quite some time now. It’s also his birthday this week. 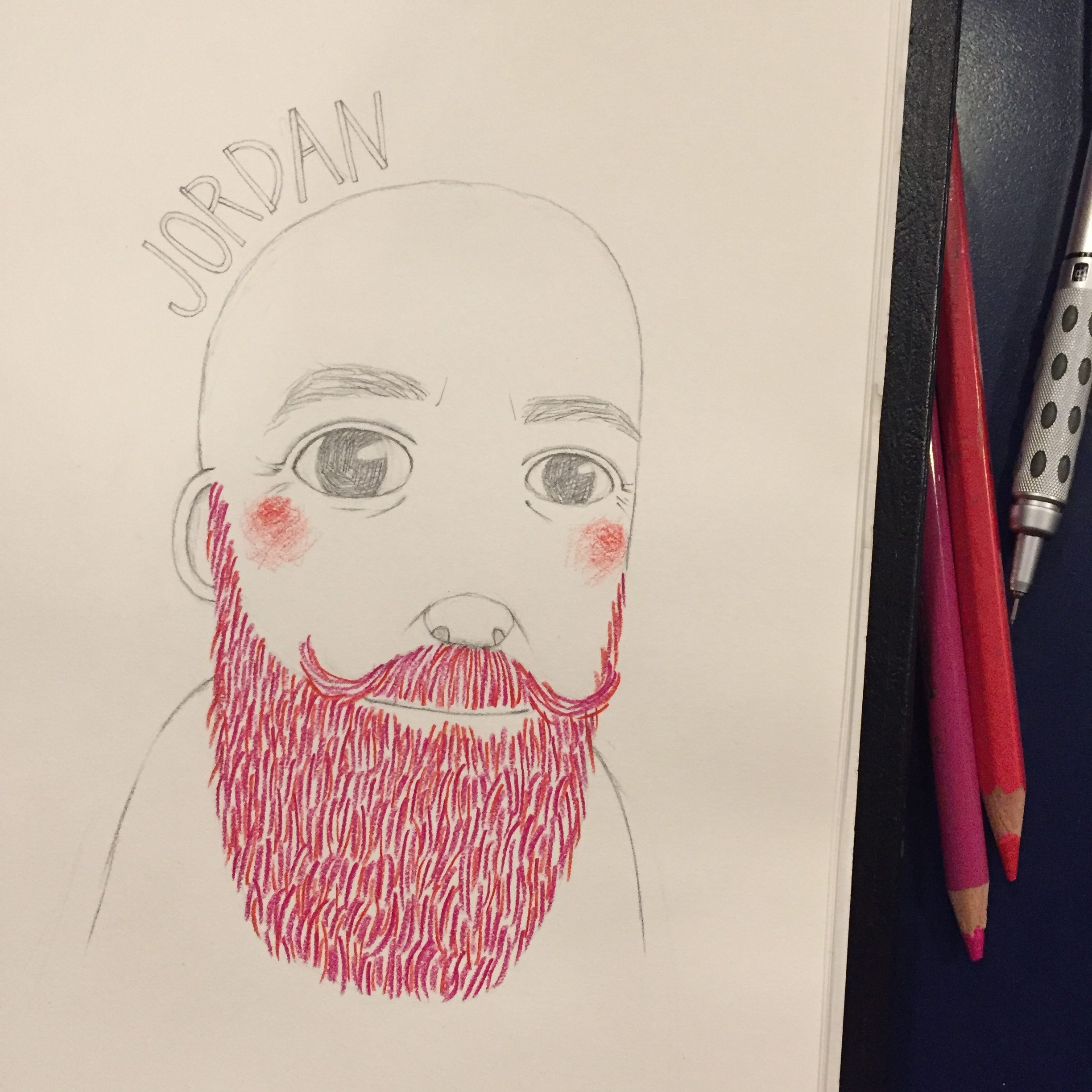