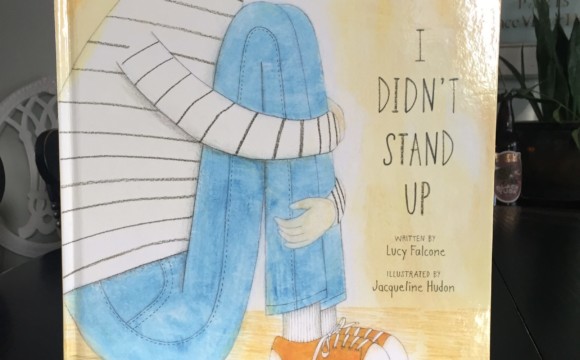 By admin I DIdn't Stand Up Art Show, picture book 0 Comments
I am thrilled that my new children's book, I Didn’t Stand Up, is being included in the upcoming group show, Long Tale, in the ATB ArtVault Space. There are some pretty impressive artists involved, people whose work I really admire, and I feel so honoured to have my work exhibited alongside theirs. It’s also a big deal for me for the simple fact that I don’t often participate in these kinds of things; my work is intended more for print than for display.
Long Tale is a show that celebrates the accomplishments of Alberta University of the Arts’ visual storytellers, thinkers, and creators. The show will feature storybooks, graphic novels, comics and animations made by alumni and faculty from Alberta University of the Arts (formerly the Alberta College of Art and Design).
The participating artists include Carolyn Fisher, Tyler Jenkins, Mike Kerr & Renata Liwska, Karen Klassen, Scott Kowalchuk, Kevin Kurytnik & Carol Beecher, Ed Kwong, Jacqui Lee, Tim Mack, Julie Morstad, Sandy Nichols, Riley Rossmo, Kyle Simmers, Genevieve Simms, Kim Smith, Fiona Staples, Jillian Tamaki, Sam Weber, Dave Whamond, and Nicole Wolf.
The exhibition will be open to the public on March 4th and will be on display until June, Monday to Friday from 8am until 4:30, so do check it out the next time you’re in the area. The ArtVault Space is in the ATB on Stephen Ave at 102 8th Avenue SW (Calgary, AB).