I Didn't Stand Up - Duncan 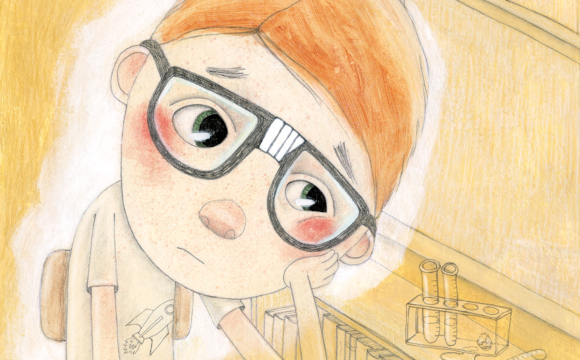 I Didn’t Stand Up – Duncan

Illustrating this book was very creatively satisfying for me. One reason for that is that I was able to use colour conceptually. I had done an experiment in my sketchbook a couple years ago that came to mind when I initially read the manuscript and that was the inspiration for the palette that I used.

This is that sketch:

Most of the spreads consist of the text on the left and the illustration on the right. I decided to draw the shoes of the the bullied kids on the left side to show the growing community of children coming together to comfort and support each other. With each page turn, another pair of shoes is added. I kept them as simple black and white line drawings so that they wouldn’t compete with the main illustration on the opposing page. I like the idea of the shoes being a secondary read; something you notice but don’t fully understand right away.

I wanted to show the children from the story at different stages of being bullied; sometimes they’re portrayed as the bullying is happening, sometimes just before, and sometimes just after. I think it can be just as powerful to show how a child is feeling after they’ve been bullied as it is to show them when it's happening.

This character is Duncan, and this is how Duncan's illustration evolved: 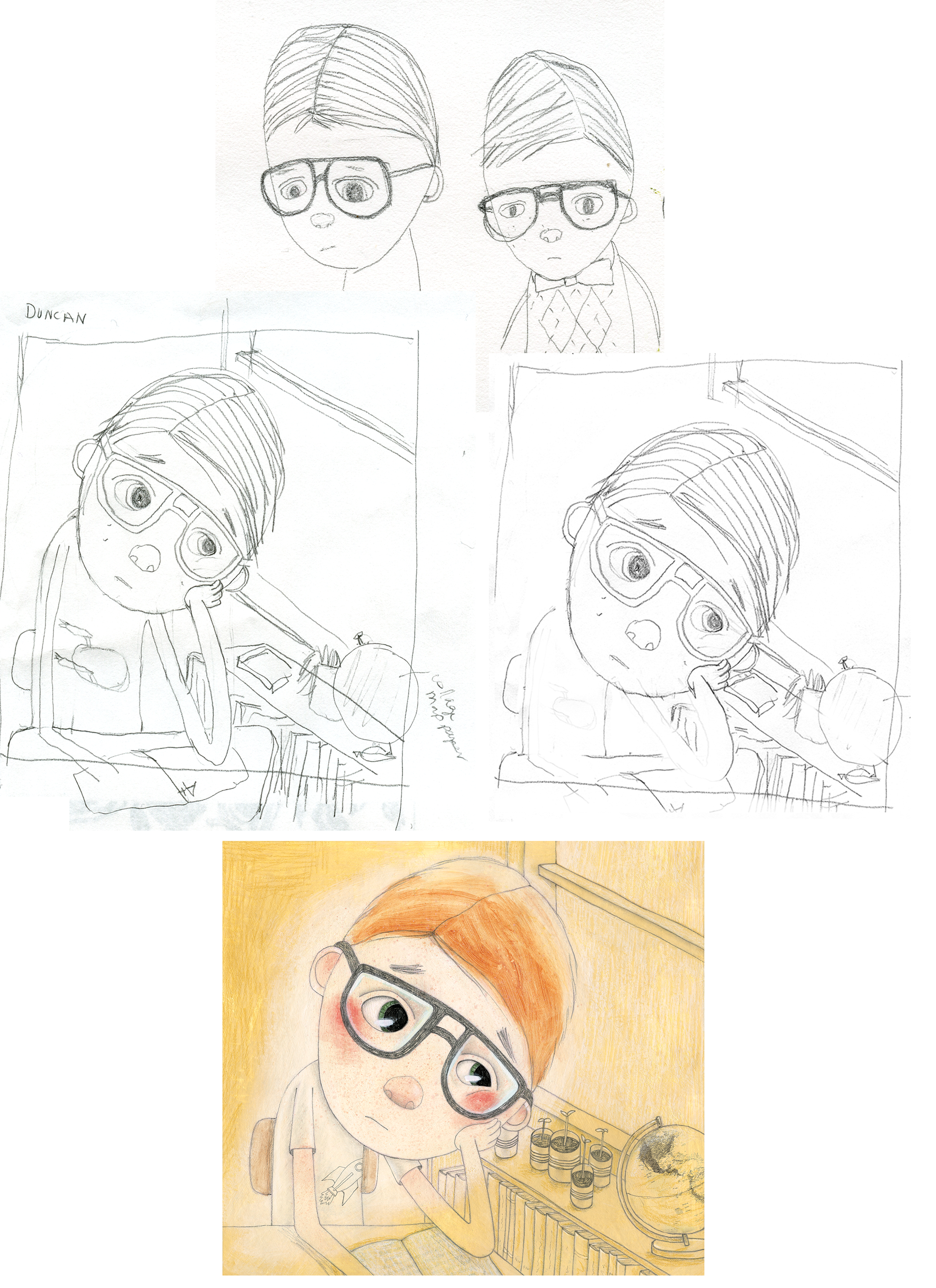 At first, I was just using Duncan's background to create a classroom environment. But then I decided that the items behind him should hint at the kind of bullying Duncan had experienced, so I reworked the painting to show a broken science project.

I debated for quite a while over whether or not Duncan's glasses should be broken. It's just such a cliché for the geeky kid to have tape holding his glasses together. But then I decided that it was more important to hint at what had happened to poor Duncan, so I re-worked that part of the painting too.

This is the final spread: