Behind the Scenes of Charlie's Dirt Day - PART 4 - sketch

Behind the Scenes of Charlie’s Dirt Day – PART 4 – sketch

For this sketch, I tried to make the composition more interesting by playing with the foreground. I liked the idea of bringing the viewer into the scene on the left side of the spread with a close up of a bowl of freshly picked tomatoes while Charlie and Mr. Martino made a sauce in the background on the right side. Whenever possible, I like to integrate the text with the image and the bowl provided the perfect opportunity for that.

Because Charlie is so short, my initial plan had been to have him standing on a stool, stirring the pot of sauce. However, my publisher pointed out that it wasn't the safest place to put a little boy, something I hadn't considered when I was coming up with ideas for the spread. I reworked the drawing to instead show Charlie offering Mr. Martino tomatoes from the bowl. 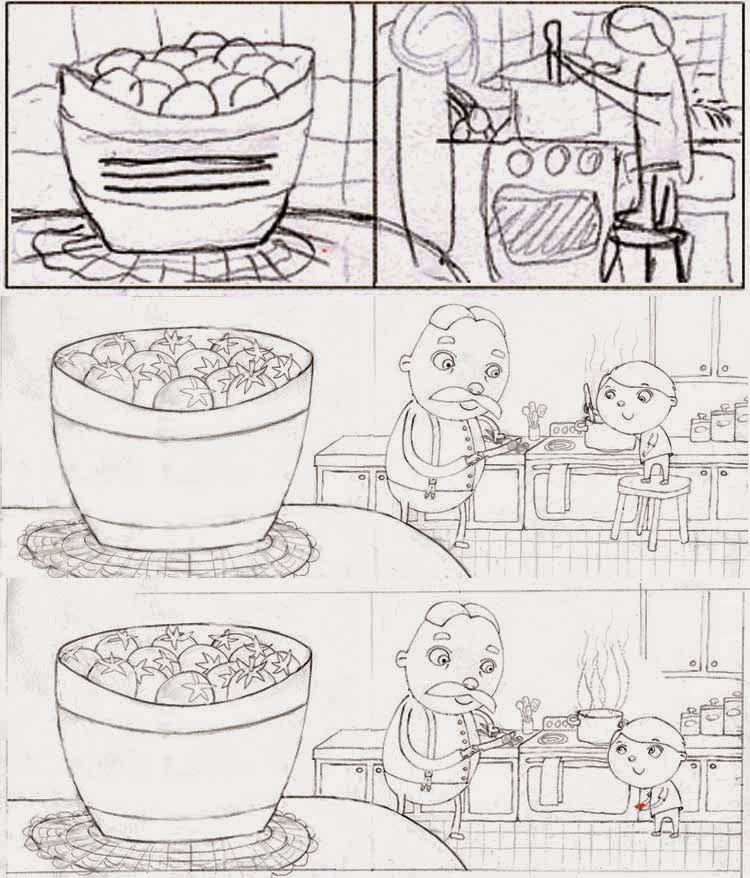