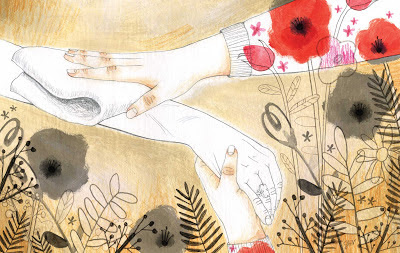 I was contacted by the art director at Alberta Views Magazine back in July about doing an illustration for an essay called 'Washing the Body: I carry my mother inside me now as she once carried me' by Karen Connelly. It was about a woman's experience of losing her mother. Because I'd been doing a lot of work for the children's market, I was really excited to tackle such a different subject matter. The article was beautifully written and very moving.  I really wanted to honor such a lovely article with an image that would do it justice, something simple and thought provoking.

The title of the article makes reference to pregnancy and there's a part that talks about the similarities between the "work of dying and the labour of birth." I found the comparison to be really interesting and that's what I focused my sketches on. I wanted to find a way to show life and death in a single image.

I ended up with a few ideas that I felt had potential, but none that were quite 'there' yet. I submitted five sketches to the art director and she gave me excellent feedback. 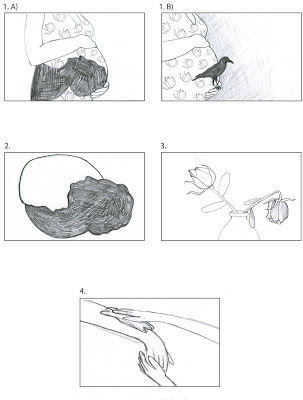 She thought that the bottom image that showed the actual washing expressed what the article was really about and that by incorporating some of the ideas in my other sketches and by doing something with the background, I could add some subtle layers of meaning.

I took some photo reference so that I could get the hands just right and then looked to the article for imagery relating to the mother's memories for the background.

The article makes reference to the Bow River quite a bit in the mother's childhood memories and then it's where her ashes are scattered at the end. A river is also a great metaphor for infinity as well as for letting go so I really wanted to incorporate it. I noticed that a top view of the Bow River lightly mimicked the placement of the arms in my drawing so I tried to work with that. The article also mentions the Center Street Bridge and the lions that guard it so I tried to work those elements into the background.

But I still wasn't satisfied with the result. It was all too literal. 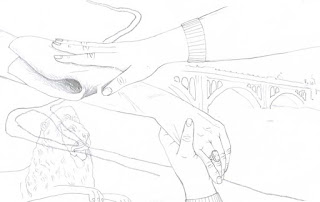 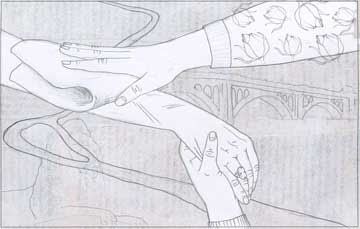 I sent my sketch to the art director and got very thoughtful feedback that sent me into a direction that I felt really good about. Gardens and gardening is something that comes up several times in the article and despite it also being an obvious visual when dealing with the subject of death, I decided to use floral elements in the background. I wanted to hint at the idea of life and death by having some of them in colour and some of them in shades of grey. I also thought it would make for an interesting visual. It would have been nice to keep the river element, but I couldn't find a way to incorporate it without it making the image too busy.
Some floral experiments from my sketchbook: 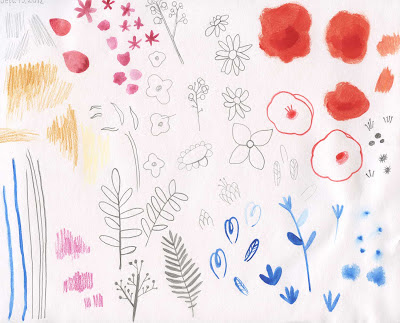 The final image in process: 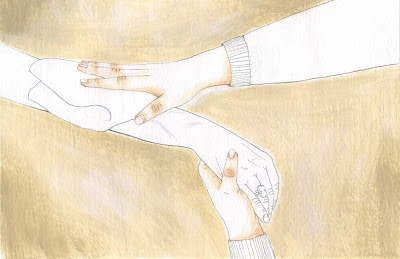 The illustration in context: 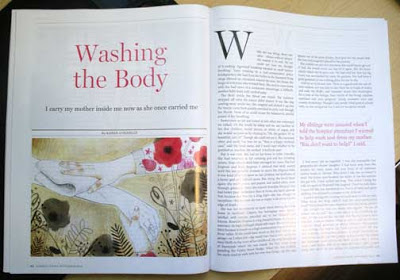